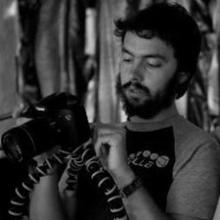 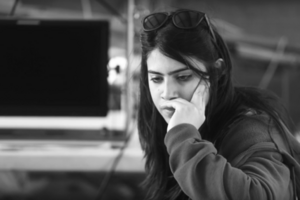 Not bound by geography in anyway, Alessandro Alpini has lived and worked in Italy, UK, Singapore and India.   His particular fondness for Asian cinema that began with his thesis focusing on the relationship between Chinese and   Western Cinema culminated in his Master at London Film School. Alessandro then decided to focus on independent   cinema and travelled extensively. He worked as location consultant with the Lecco Film Commission in Italy and he   co-founded Draw4Films as an art collective to facilitate Asian and European collaboration. He was selected as part of   the Producer's Lab in NFDC Goa Film Bazaar 2016. Short films produced by him have been screened in festivals such   as Sarajevo, Raindance, ShortWaves etc. He then collaborated with independent European film productions such as   The Barefoot Emperor by Jessica Woodworth and Peter Brosens which screened in Toronto International Film Festival   (2019) and Rotterdam International Film Festival (2020). He produced the film supported by the Mutti award   (2019) and now divides his time between Italy and India where he is developing his next two projects. One of the   projects to be produced by him was selected at the Asia Contents Market 2021 and Bucheon Naff Project 2022.

Maaria began by working as a writer for networks such as Discovery Channel, Fox and National Geographic. Her   shorts Aabida and Chudala were acquired by Amazon Prime (US) ShortsTV, Tata Sky and Disney+Hotstar. She was   a delegate for the Asia Peace Film Festival in Pakistan, supported by the UN. A special program dedicated to her   work was part of Ca Foscari Short Film Festival, 2019 in Venice. She won grants from Cineteca di Bologna (Premio   Mutti, 2019) and Sharjah Art Foundation (SFP, 2021) to make her next shorts. Her work deals   with transformation and the sexual and spiritual liberation of women from her background. Maaria is an alumnus   of London Film School and was selected for labs such as, Asian Film Academy 2016 (recipient of Dongseo   Scholarship), Fajr Talent Campus 2017(recipient of Best Story award), Bucheon Fantastic Film Lab 2019, among others   and received her fellowship from International Film Business Academy under Busan Film Commission, 2021. She is a   member of NAPNET (Network of New Asian Film Producers) and conducts workshops on cinema and intercultural   communication. Her feature film project is selected at Cine Qua Non Lab, 2022.